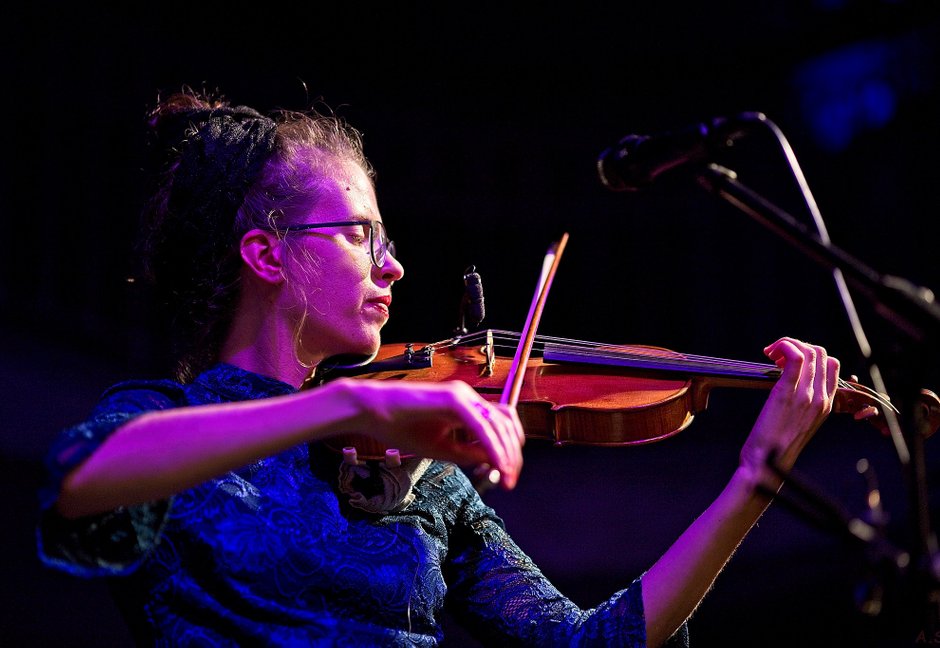 Liv Vester Larsen (b.1986) grew up in Vendsyssel, on the west coast of northern Jutland in Denmark. Her roots go back to the gypsies that settled down in Sweden and Norway, and traveled all around Scandinavia with their songs and music. These roots influence her own compositions and could be the reason for her love of living abroad, touring in other countries, getting inspiration from other cultures and playing for audiences all over the world.

Liv is a freelance musician and works as a violinist and singer/ backing-vocalist. She works regularly for theatre productions and plays with various artists at all kinds of musical venues.

Liv has recorded five albums with her own groups and has guested on more than ten Albums with various Artist from all over Europe. Liv has participated on TV productions for DR1, DRK, DR2, TV2 amongst others

.
Liv tours regularly in Scandinavia, Europe and the US. Often in Denmark and Germany. She mostly tours with her soloproject Creative - without Nature?, Huldrelokkk, Alamente and HØST.

She has a Master Degree in Folk Music Violin from The Academy of Music and Dramatic Arts, Southern Denmark.
At the moment she studies at The Contemporary Creative Artist Solist Education, SDMK, as one of the first musicians ever.

"I've been playing with Liv both in our trio Huldrelokkk as well as other projects for over ten years now. Her musicality is amazing! Her mature expressive singing is belieing her youth and her violin playing is just out of this world! On top of this she is a crafted composer with a sense for off-the-wall tunes. Playing with her is an absolute pleasure!"

“Liv is a musical person and a great violinist. Her repertoire spreads over a lot of different styles and she plays with a great technique. Her musical involvement is enormous, and she works with her instrument and the music passionately. I warmly recommend her.”

“I have rarely met a student as serious, talented, curious and open as Liv Vester Larsen during my 25 years at Syddansk Musikkonservatorium.
Liv is also a very friendly, compassionate and considerate human being; also as musician, composer and bandleader.
I give Liv my warmest and highest recommendation ! “